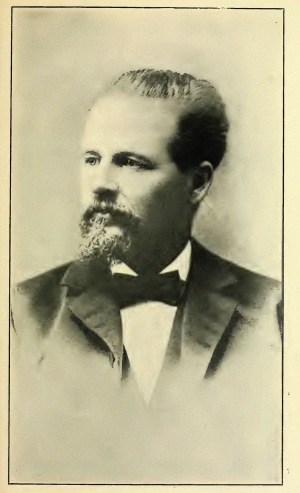 Frank Kimball and his three brothers came to San Francisco in 1861 from New Hampshire, where their family had a business as building contractors. They started the same business in San Francisco and did quite well. However, Frank’s health began to deteriorate and his doctor urged him to seek a warmer, drier climate, so he and his brothers packed up and moved to San Diego County. The move did wonders for Frank’s health and also for his worklife. He and his brothers bought a former Mexican rancho just south of the city of San Diego. Originally called Rancho del Rey in homage to the king of Spain, the ranch was renamed Rancho de la Nacion when Mexico won its independence from Spain, reflecting the shifting of loyalty from kings to the newly independent nation of Mexico.

The Kimballs improvised on that name, seeking to develop their new town as National City. The rest, as they often say, is history.

Frank Kimball’s story is one of the topics covered in To Your Health! Tourism Comes to San Diego, a talk I’m giving on March 27 for San Diego Oasis at the Grossmont Center. To register for the class, visit https://www.oasisnet.org/San-Diego-CA/Classes and type in the class name.