Below is a photo from the National Archives of the United States, part of a collection of World War Two-era photos depicting various aspects of life in San Diego during the war: 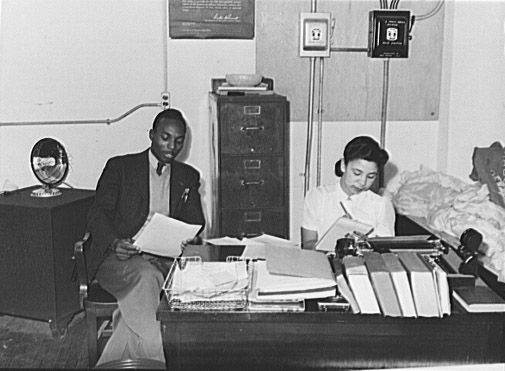 It was a time that profoundly changed San Diego City and County. The city’s population grew almost 200 percent just between 1940 and 1943.

This photo is an example of one particular change during that era. The original caption reads, “Office of the Pacific Parachute Company, 1942.”

Several other photos of that particular company identify the man in the photo as Howard “Skippy” Smith, “Manager.”

When the company opened its doors at 627 Eighth Avenue in downtown San Diego in March 1942, it was proclaimed as the first defense plant in the city, and arguably the first in the nation, to be managed by an African-American.

Smith had been a skydiving star in Hollywood airshows before becoming an inspector in the parachute industry. His time in Hollywood also got him the support of Eddie Anderson, famous then as the sidekick “Rochester” to comedian Jack Benny on the stage and the radio.

Anderson invested in the plant and was there as a celebrity guest at the opening, along with delegations representing the mayor’s office, the governor’s office, union officials and contingents of male and female paratroopers and ground troops.

The white and black soldiers present that day were in racially segregated units, as was the rule in those days. But the company’s workforce was integrated, as demonstrated by another photo of the main workroom: 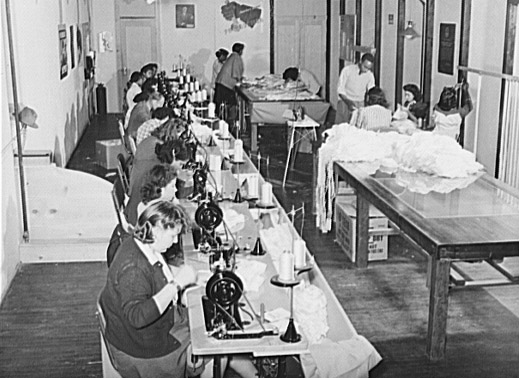 You can get weekly updates of San Diego History Seeker automatically in your email by clicking on the “Follow” button in the lower right corner of the blog page. You’ll then get an email asking you to confirm. Once you confirm you’ll be an active follower